Week 3
You do not have the required permissions to view the files attached to this post.
Generalmajor Adler Blau
Top

week 4 mission 1. Me and my mate =TM=Voodoo on patrol in N17 6th armee sector chasing some Albatrosses...we both got them 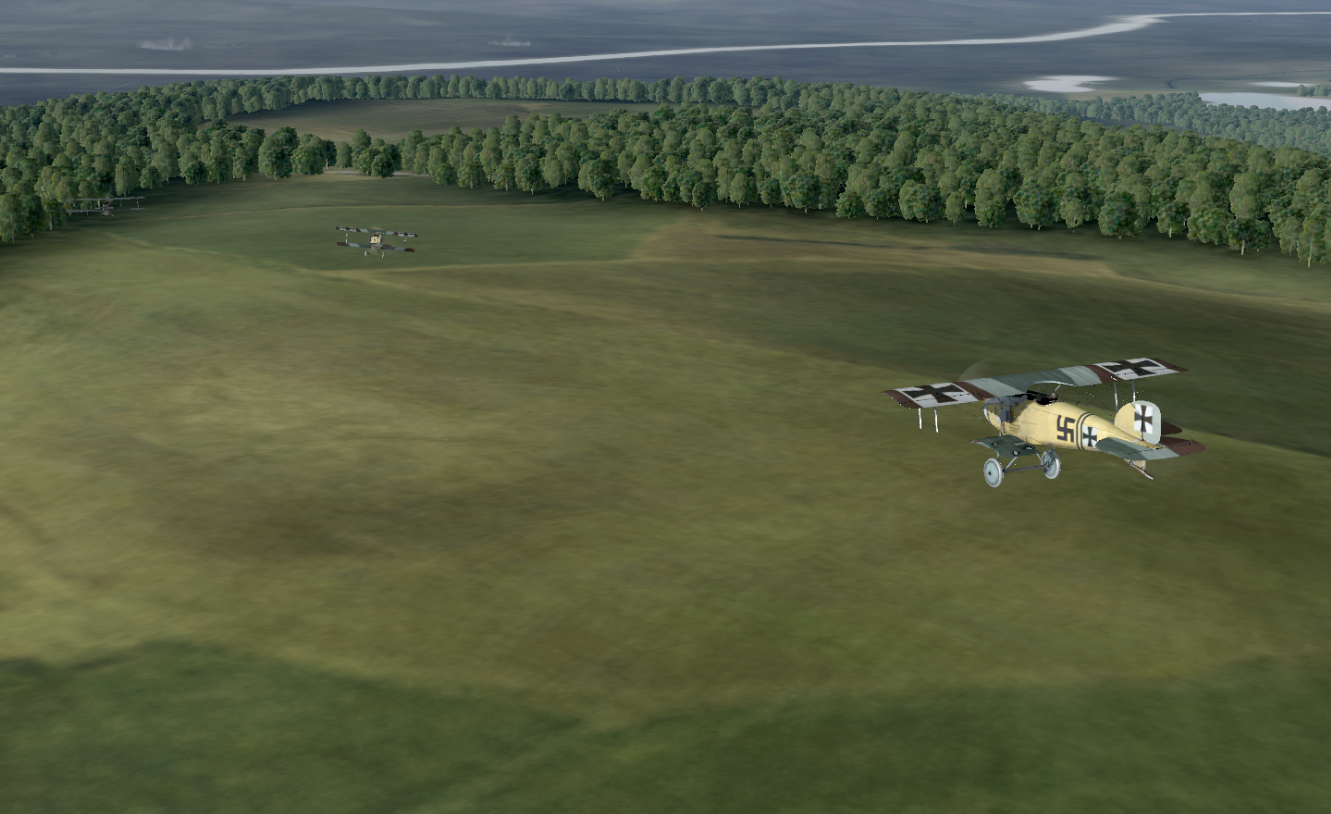 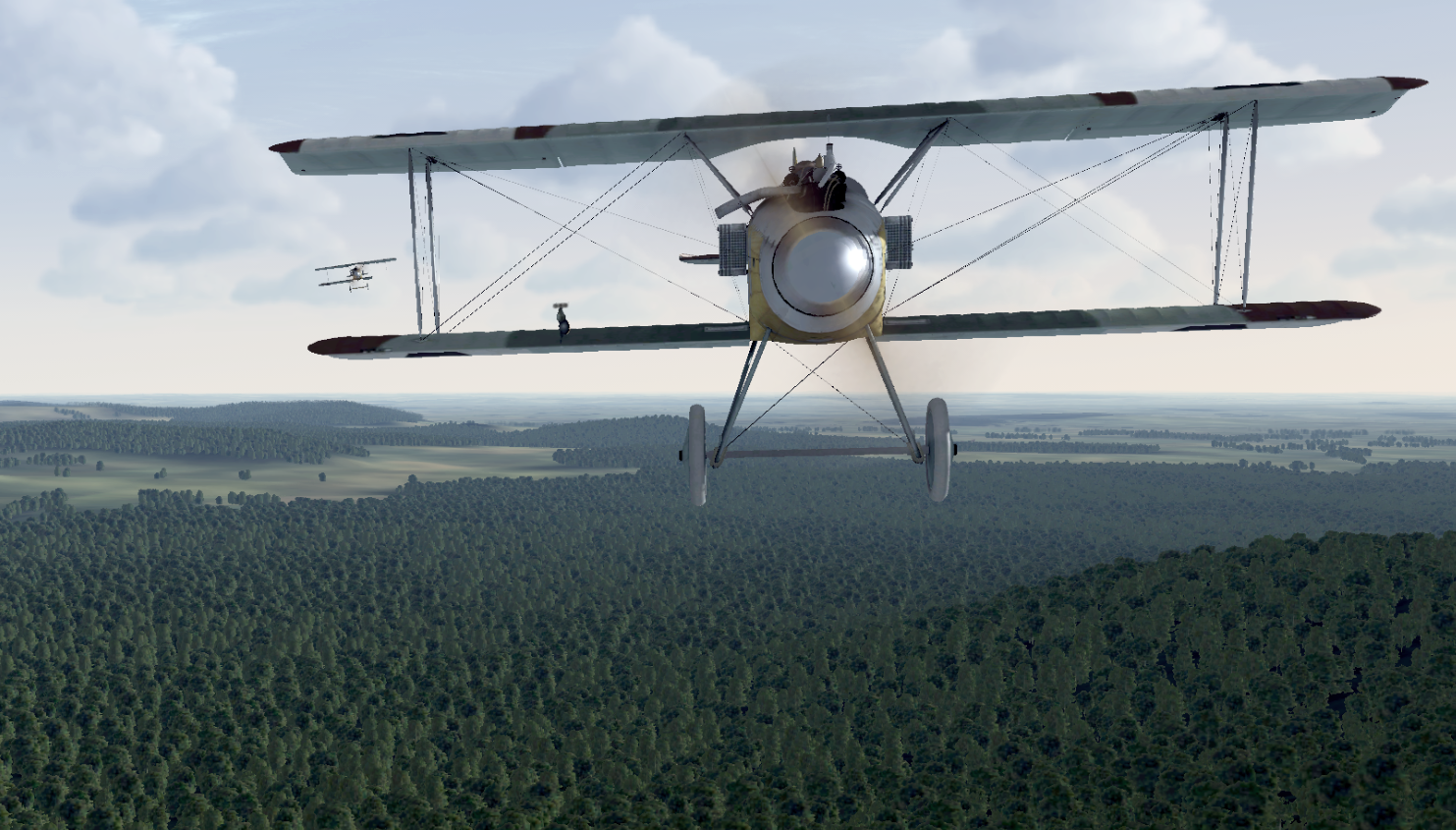 J99*Zitzewitz lost his complete lower left wing. Nevertheless he escorted J99*Himmelhund deep into French territory for more than 15 minutes. In an act of pure bravery he attacked a french observation balloon and shot it down. Unfortunately his already badly damaged plane got direct hit by a french FLAK which killed him instantly. 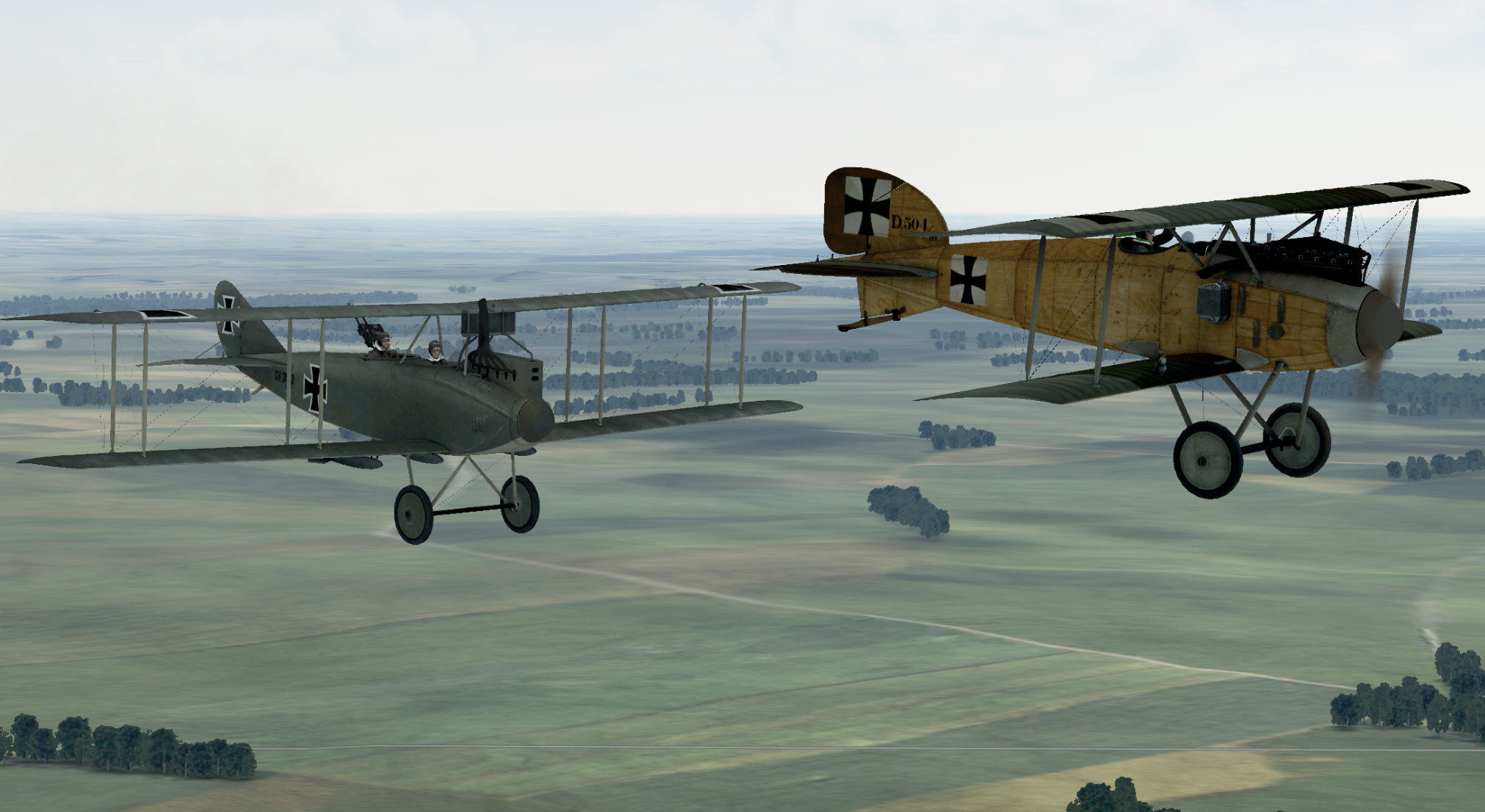 my upcomming death being sandwiched:)

02.05.2015, Dawn Patrol. Correcting artillery fire of the French 5th Army. In the background the target- no longer existing Witry-lès-Reims village.

Many nice screenshots!
But have to say that I find the symbol on J99*Zitzewitz's damaged plane are somehow irritating....
Top

@BA_Etzel: The skin was prescribed and not to change. I find it even more than irritating
Believe me, I'm not vindictive, but I do not forget anything.

Thx 4 the answer, googled now a little bid and found a pic (D.Va in that case) incl. an explanation that confirms the use of the swastika in WW.I plane painting:
http://img.wp.scn.ru/camms/ar/415/pics/59_40.jpg

Indeed, there are many examples for german Pilots using the Swastika symbol which is basically an old mystic symbol for the sun.

Much more irritating it might be, that there was a jewish german fighter ace in WWI, Fritz Beckhardt, who used the Swastika symbol as personal insignia.
At the end of the war he scored 17 airkills and was the highest decorated jewish fighter pilot in the German Luftstreitkräfte.

The problem arose later
The Nazis took over a standing on the top, angled to the right swastika as a symbol of a supposed Aryan race. They made it in 1920 party character of the Nazi Party and in 1935 the central part of the flag of the German Reich.
Believe me, I'm not vindictive, but I do not forget anything.

Even if it exceeds the 3minute limit. This is my humble try. Music is from the Inception movie.
Top

Some two seater pilots that did not make it back!


Not sure yet if its the final version, hope you like it
Top

My Bloody April Trailer submission, for your consideration.
https://youtu.be/-MFblXSpr8g
J5_Mueller

Great Vids, all of them!
If I want to make some promotion for the they are perfect to show someone how rise of flight looks like!